It was cold and rainy Saturday. My wife, Casey, and the three older boys took off in the early morning to an out of town AAU basketball game. Spending a day along with a two year old isn’t something I’ve done in awhile. We had a blast, we watched Curious George, we ate gold fish, I changed a couple of “deuces”. Somewhere about naptime I was fiddling through some photos and stumbled on an image of my boys in the water last fall. I have been admiring a some oil paintings local ladies are cranking out at Butler Studio classes and thought: If they’re all painting kids on the beach maybe I’m inspired to give it a whack. This is my fifth oil painting. I played with a bunch of water color, cheap acrylics, and lots of illustration as a kid— now I’m digging painting. All I need is a studio and some silence. (A poorly lit kitchen and interruptions of a typical day are not conducive to creativity.) But here it is– not signed but I’ll probably quit here: 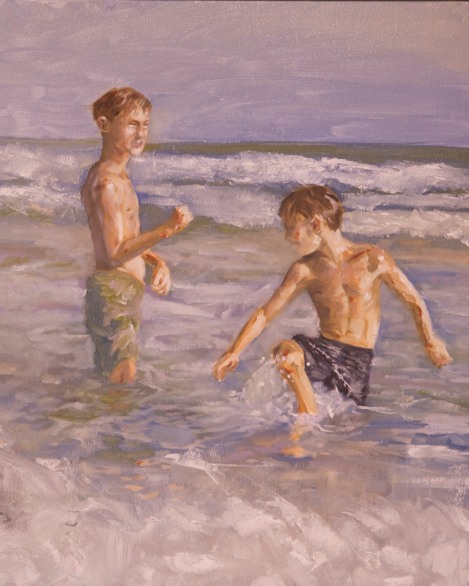 Detail of Mac and Sam 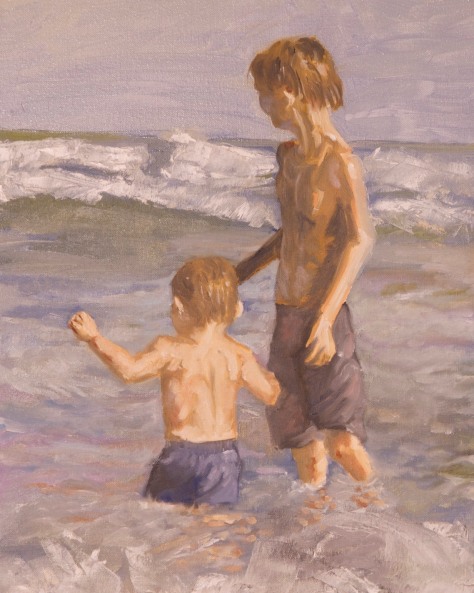 Detail of Elias and Forrest 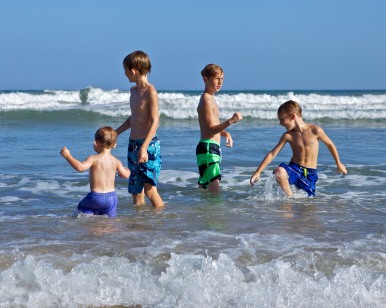 The Photo of My Boys