Can I get you a whisky drink? That’s what my friend, Vance, asked me when my wife and I sat down in the lounge area of his restaurant before dinner last week. You see, that bold sentence could create the unmistakable illusion that I am a bar fly. In fact, I was timid at first to create a category in this magazine devoted to drink in fear a reader might suspect an over indulgence in it. Furthermore, it is a rare occasion my wife an I get out much, being tethered to the enduring passion of parenthood. So this is a head nod to Vance, in addition to a big handful of duties at his restaurant, he spends business hours around his bar, that bar of which he is very knowledgeable and talented and a resourceful beverage coordinator for their restaurant. He is the guy that has a bottle of Pappy’s behind the bar– he remembers months ago when I had one. He suggested that he had some Pappy’s that night, but he wanted me to try something different if Casey and I were having a cocktail. So he poured me a glass of Sazerac Rye whisky on ice.

That is why I am putting this article in the muse column. I just finished a hell-fire week of work and in an hour or two, when this paperwork is done, I’ll slide down the back of a dinosaur Fred Flintstone style. So I can’t get over that whisky Vance poured me {twice}.

So I’m sitting here musing about whisky. I’ve tried about every kind of whisky, every way a man can drink whisky. It may have all started with a passion for Hank Williams Jr. and sneaking around with the old neighborhood pals. I’d say we got whisky bent and hell bound a time or two, sooner in life than I’d like to admit. That usually included the brands those old honkey-tonk heroes sang about: Jim Beam (Hank), Jack Daniels (Coe) , Wild Turkey (Jerry Jeff). I can’t say that I appreciated the subtle details of those beverages as we blew air bubbles into handled bottles. Moving on to college, it was about the same. As a point of maturity and being a bit more refined, we did find the opportunity to put the liquor in glasses (solo cups, dart foam cups, stadium cups) usually cut down with coke or ginger ale or sprite. When I think about brown liquor, I think about football. I think about all the ways I carried bourbon into the football stadium: cowboy boots, a ziplock bag around the waistband, and most importantly the flask trafficker: my now wife. (She has little use for drinking, but was willing to make her butt lumpy and wear hose to get airplane bottles into stadiums.) So needless to say, after five good years of cheap bourbon on those fraternity house buses to ball games, I began to abhor the odor of bourbon. It smelled like a headache, at best I had relegated it to an autumn drink. Funny how I offered my dad a bourbon drink one day and he said, “damn son, that reminds me of college.”

I remember being a young married man (24) hell bent on being responsible and too busy to be irresponsible. My sentiments for bourbon became the same as my father’s. So I had a scotch drink here and there. Cigars were taking off and so was the culture of single malts. I never had a bad scotch, in fact, I’ve had plenty that were far beyond my appreciation. You see, that stuff just never agreed with me, so that is why this will remain a post about bourbon. 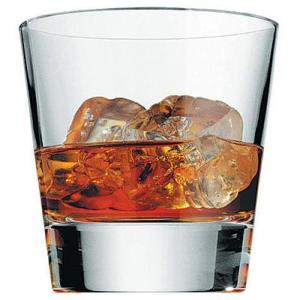 So, again, I am timid writing about liquor– a little worried some matron at my church is starting to get a mental image of me being Arthur if reading. I reserve the right to muse. I’m thinking about how I’m going to Chuck-E-Cheese’s place for dinner with a clutch of seven year old boys (what a transition from a tough work week) and how tomorrow my oldest friend (circa Hank Williams Jr. days) is coming over for dinner. I think I’m going to pull out some whisky and wish I had a bottle of the Sazerac. I think I could claim the find. (Here’s how story stealing works if your an old story teller: if you say something somebody else once said over and over, eventually you can say– ‘I’ve always said . . .’)

Fact: I will not being taking a flask to Chuck-Es!

Fact: A flask is an important part of a wide assortments of ballasts a man can chose to keep in his pockets. A gentleman is one who brandishes a flask discreetly, but without shame or being sneaky, at the appropriate times.

So I’m coming up on the big 4-0. I have a well stocked bar and enjoy a cocktail or two on the weekends. I have outgrown my perfunctory nausea from the odor of cheap bourbon. In fact, good bourbon is now my favorite libation. There is so much good bourbon out there, that a taste testing is really about finding better bourbon. Yes, the image with this blog has lots of whiskys, but this is an article about bourbon, whisky aged in a barrel in Kentucky. I have gone beyond my sensibilities and bought a few bottles of the venerable Pappy Van Winkle. I have tried every top shelf bourbon you can procure at the NC-ABCs and SC-red dots. I’ve gone back time and time again to the ones your friends all have in their cabinets (and they’re all good): Knob Creek, Woodford Reserve, and I probably buy Makers Mark more than anything else. But let’s talk about some good sipping’ whisky. No mixer, whisky in its essence. They say that if you put an ice cube in Pappy’s that you’ve ruined it. For that reason I question why I am spending that kind of cheddar for it– I like ice. I like to watch it melt and how the character of the drink changes as it dilutes the liquor, I like to crunch it. I don’t mind something that’s not as smooth as the smoothest– I don’t mind a little water. I’m really damn particular about ice. I don’t have one favorite but I have some absolutes I wouldn’t ruin a beverage with. The highest of the ice NOs are: ice that has been hanging out ice a freezer with frozen food (shrimp flavored bourbon), ice that is frosty instead of clear, and maybe the upmost least favorite: semi-linar ice that almost every refrigerator makes. Why? Why in the hell do you make an ice cube, something that can be almost any shape or size, the exact same size and diameter of a drinking glass (bear with me I’m musing, remember) so it can slide into your upper lip and dam up the whole glass and splash liquid all over you face. So I have some favorite kinds of ice. Little cubes, I mean cubes the same size in all three dimensions great for a drink that takes about fifteen minutes to drink. Also in the fifteen minute category are crowns and hollow cylinders. It’s fun to watch them disappear and they have more surface area so the drink gets colder faster. If I know a crowd is coming over, I like to freeze sheet of ice in a brownie pan and beat it into random shapes in a dish cloth. I have never meet a person that doesn’t like sonic pellets. Being a dentist they are the only thing I feel comfortable chewing. They can take up a bunch of the cup, but sometimes that’s okay, and sometimes when you gradually experience your drink evolving into water that’s okay too. But probably not for sippin’ bourbon. When I sip bourbon I like to make a three inch diameter sphere in a silicone form– that’s what is cogent to this discussion (so I’ll stop musing).

I reckon this was going to be some sort of bourbon ‘review’ before this article digressed to a muse. I would start by saying, if asked what my favorite beer is, my answer is Budweiser or anything that is free. I am not into absolutes. There is too much good stuff out there to commit to a top ten, google it, it’s out there. I would like to name drop a few great bourbons I’ve had the occasion to stumble into (I’m sure my brother-in-law from Kentucky would have a different list) that are readily available and won’t break the bank. In no particular order and surely leaving many behind, here we go: